These Court of Appeal judgements are listed for private study purposes only and have not been published for commercial gain, nor for suggesting that they are necessarily examples of 'Miscarriages of Justice'.

Editor:  I am no longer able to actively maintain this learning resource due to early retirement, but new cases may be added from time to time. If you require a specific court of Appeal Judgement please send your enquiry by email. Thanks. John Riley

Danilo Restivo was found guilty on 30th June 2011 of murdering Heather Barnett. He is now implicated in the murder of Jong Ok-Shin, for which Mr Benguit is serving a sentence of life imprisonment. The Guardian News Story

R v Simon John Hall Murder of Joan Albert. Appeal dismissed on 14th Jan 2011 following a referral from the Criminal Cases Review Commission. The appeal illustrates the scientific approach to investigating the composition of fibres which were found in the victim's flat and also allegedly in the appellant's wardrobe at his home. 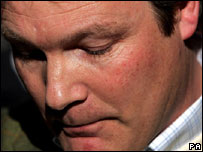 "For the better understanding of those who have listened to this judgement, and of those who may report it hereafter, this is not a finding of innocence, far from it." ..........Lord Justice Mantell.

2nd Appeal allowed. 20th January 2004 -  Lord Justice Judge, deputy Lord Chief Justice, raised the “abhorrent” prospect that mothers may have been wrongly jailed for killing their babies.  The judge, sitting with Mrs Justice Rafferty and Mr Justice Pitchers, said: “Unless we are sure of guilt, the dreadful possibility always remains that a mother, already brutally scarred by the unexplained deaths of her babies, may find herself in prison for life for killing them when she should not be there at all. In our community, and in any civilised community, that is abhorrent.”

R V Jeremy Bamber An investigative reporter Bob Woffenden has written two accounts of this crime - one advocating innocence, the other guilt:

I was wrong about Bambi killer, says crime writer.
http://www.dailymail.co.uk/news/article-1387438/I-wrong-Jeremy-Bamber-says-crime-writer.html